Pingu was born in 1984, by the plasticine brainchild of animators Otmar Gutmann and Harald Muecke. Ever since Pingu made his first appearance in several short episodes, it has starred in a pilot movie that was developed in 1986 for Swiss TV and followed its success.

Adored for 30 years, Pingu has achieved worldwide recognition and universal appeal with his unique "Penguinese" language that needs no translation. His fondness for turning his beak into a trumpet lets us know whether he is happy or sad. This is one penguin who wears his heart on his flipper!

And now, the globally adored, Swiss-born character Pingu is returning to television with new stories and new characters. This fresh, fun series brings the cheeky penguin and his world back to life using 3D computer graphics, totally recreating the texture of the original Claymation, which began in the 1980s. 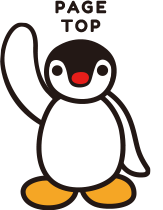